Economic crisis of 1980’s interrupted the plant’s success story. Raw materials prices dropped considerably due to overproduction of oil. USSR economy, which depended on oil export, started to collapse, leading to political crisis and country’s disintegration into several independent states in 1991. Kaliningrad region stayed within the new country, which was now called Russia. Its economy will be recovering from the shock for the next decade. Market-type reforms will be introduced, amber plant will be privatized in the framework of government property sale. New owners did not invest money in production. Instead, they chose the easiest way – selling raw materials abroad. This enabled Poland, Lithuania and other countries, which recovered from USSR disintegration faster, become leaders in amber processing and jewelry sales. Thus, a lion’s share of pieces produced in the Baltic region, was made of amber, extracted in Kaliningrad region. 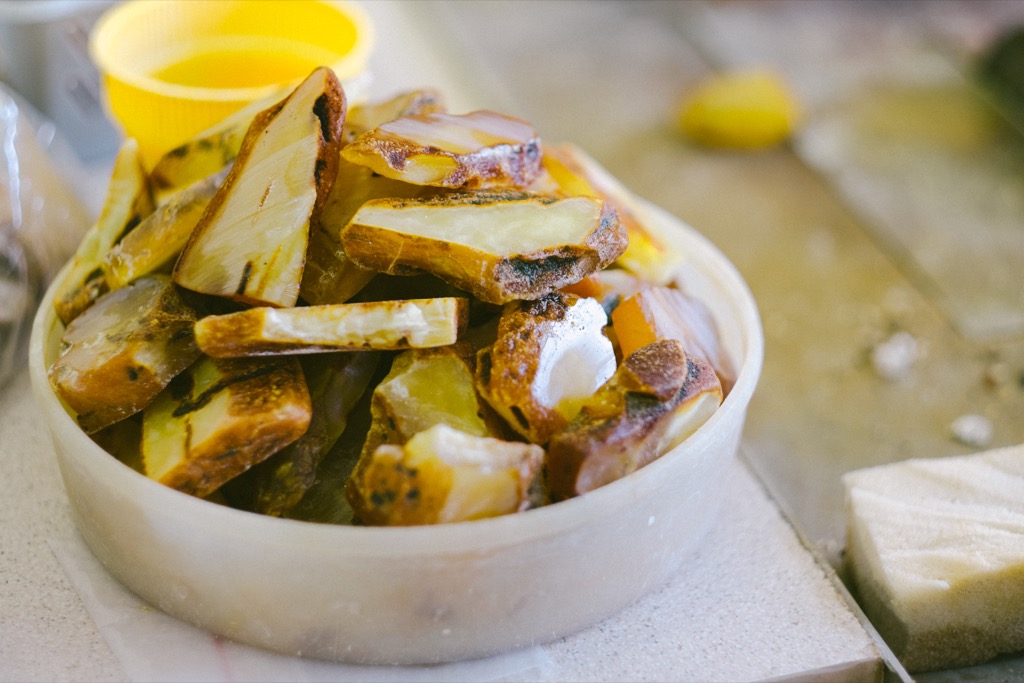 Only twenty years later the government turned its attention to the plant again. By that time it had gone throw a series of sales and bankruptcies and in the end it became government-owned again. Reforms started in 2013. Government allocated money for reconstruction and equipment of production facilities and introduced another important initiative – banned export of raw amber. This became a landmark moment for many. Production inside the country, which earlier was considered economically unbeneficial, now became important for the plant and dozens of companies, which were earlier involved in simple and frequently nontransparent export of raw amber. 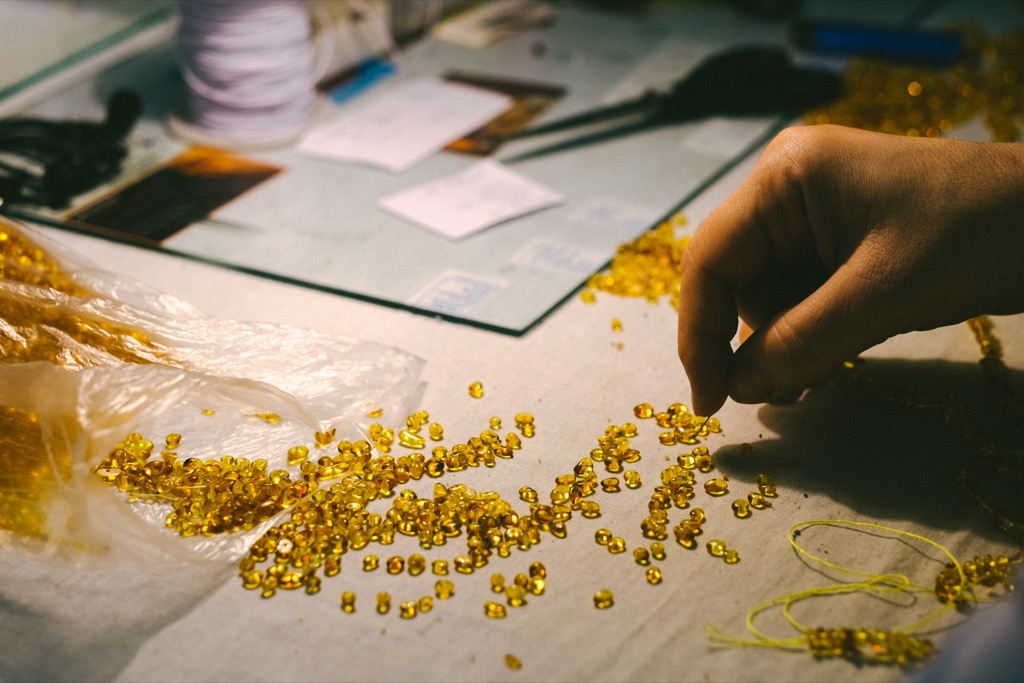 One of the first innovations the plant saw was liquidation of security department. Earlier local forces used to work here. As they spent their time in the lodge, security guards managed to get acquainted with corrupt people. Now only people from other regions get hired for the job, and only on condition that they leave after their shift and wait for the next one at home. There is no point in bribing a guard, who is leaving for another town tomorrow. 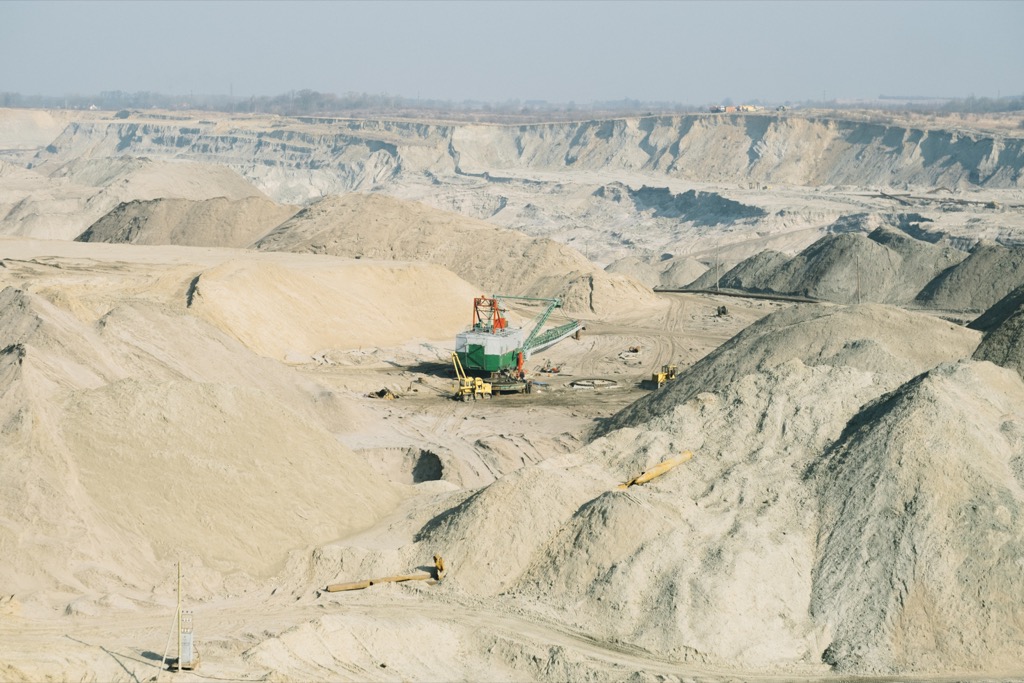 Different approach to extraction became the second step on the way to renovation.  Palmnikensky quarry, which is located nearby, gave room for experiments. Amber here is found on the depth of 20 meters, around 100 tons is extracted each year. Here specialists from Moscow “Rostec” are trying a new method of extraction. A trial machine was worked out and assembled in the record three months. One of the innovations here is the new principle of using water — no it’s a closed cycle, it sends amber to new stages of extraction, it also washes it and then the cycle repeats all over again. “Moreover,— the author of the machine is telling enthusiastically,— we are affecting the environment much less now. The layer of the ground, which was dig up, is not thrown to the side, but is put back in place, as a fifteen puzzle”. The method of sending amber to the machine has changed as well. First it is scooped by an excavator with a layer of blue ground, which is then sent to a special elevator, which is, by the way, also innovative. Before sending amber to the machine, where it will be washed, the elevator slows down for a second, not to harm the stone. It is for now impossible to achieve this in Primorskoe, where amber is transported in pipes 2 km long, although it directly affect the quality of raw material: rust in pipes spoils the stone due to concussion, while this does not happen in Palmnikensky. Also, the old method of extraction requires participation of more than ten people, while only two people plus a group of repairmen is enough for working on a new machine created by “Rostec” specialist. The economy must be impressive. 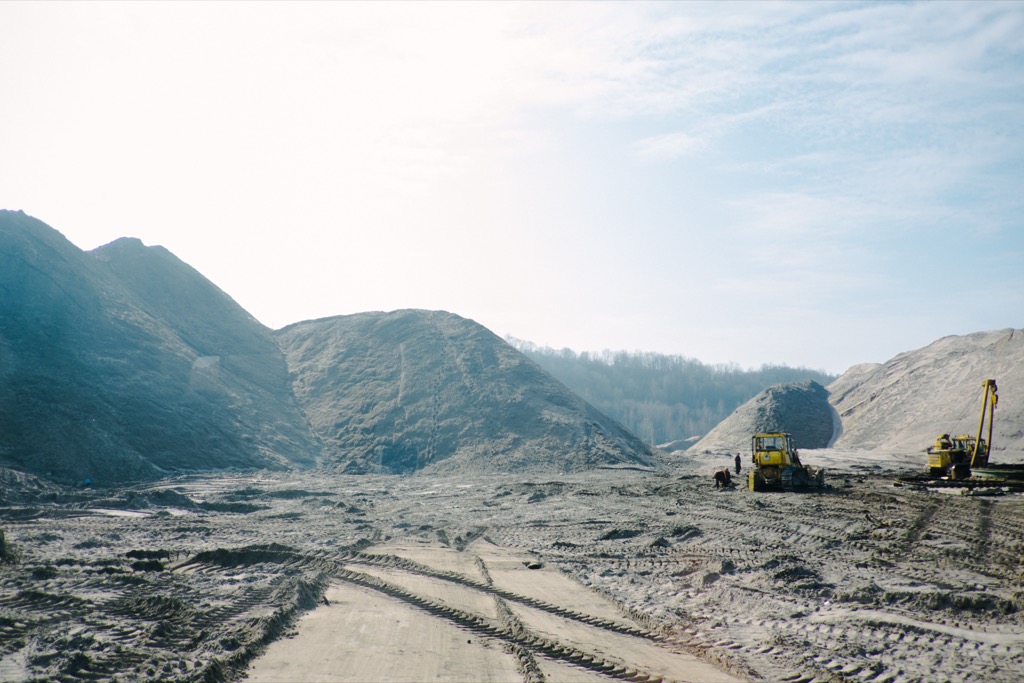 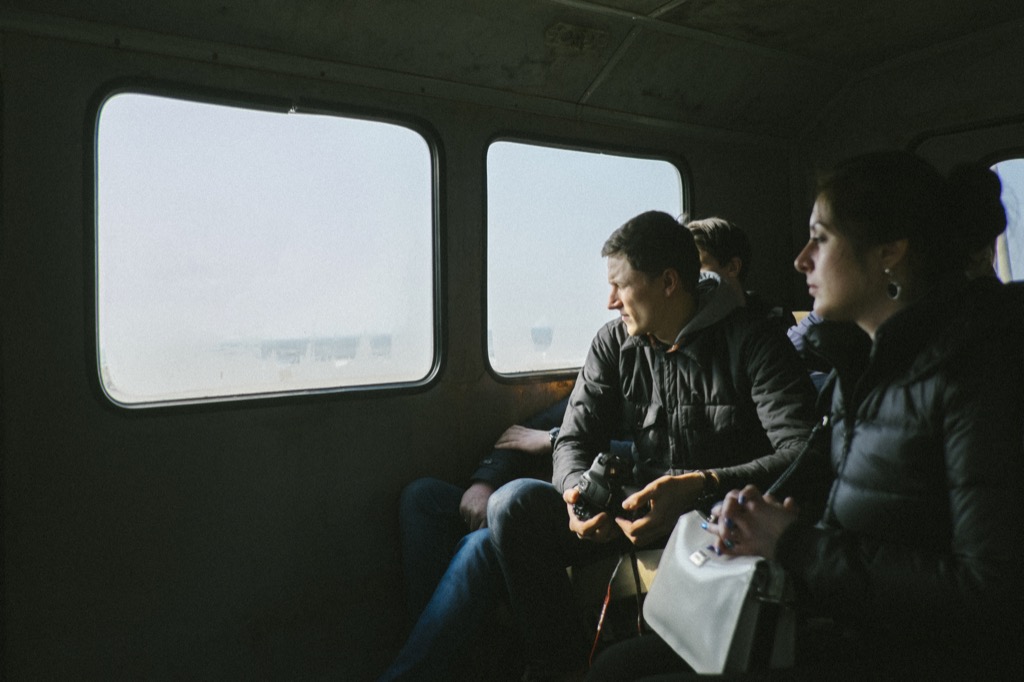