Ever since its launch in 2016 Leta has been creating pieces of jewelry inspired by the artistic perception of reality. Architecture, classical and contemporary art are at the core of every collection. It applies to the Modernism collection with amber, covering the Art Deco and Art Nouveau eras, as well as to the «1919» collection featuring the basic Bauhaus principles attached to the jewelry pieces.

Today we launch our new collection – ROMA. This one became a modern interpretation of ancient Roman architecture. Its principal motives – narrow windows, semi-circular arches, clear symmetry of columns and oculi in the domes of cathedrals – are expressed in the pieces of this collection. 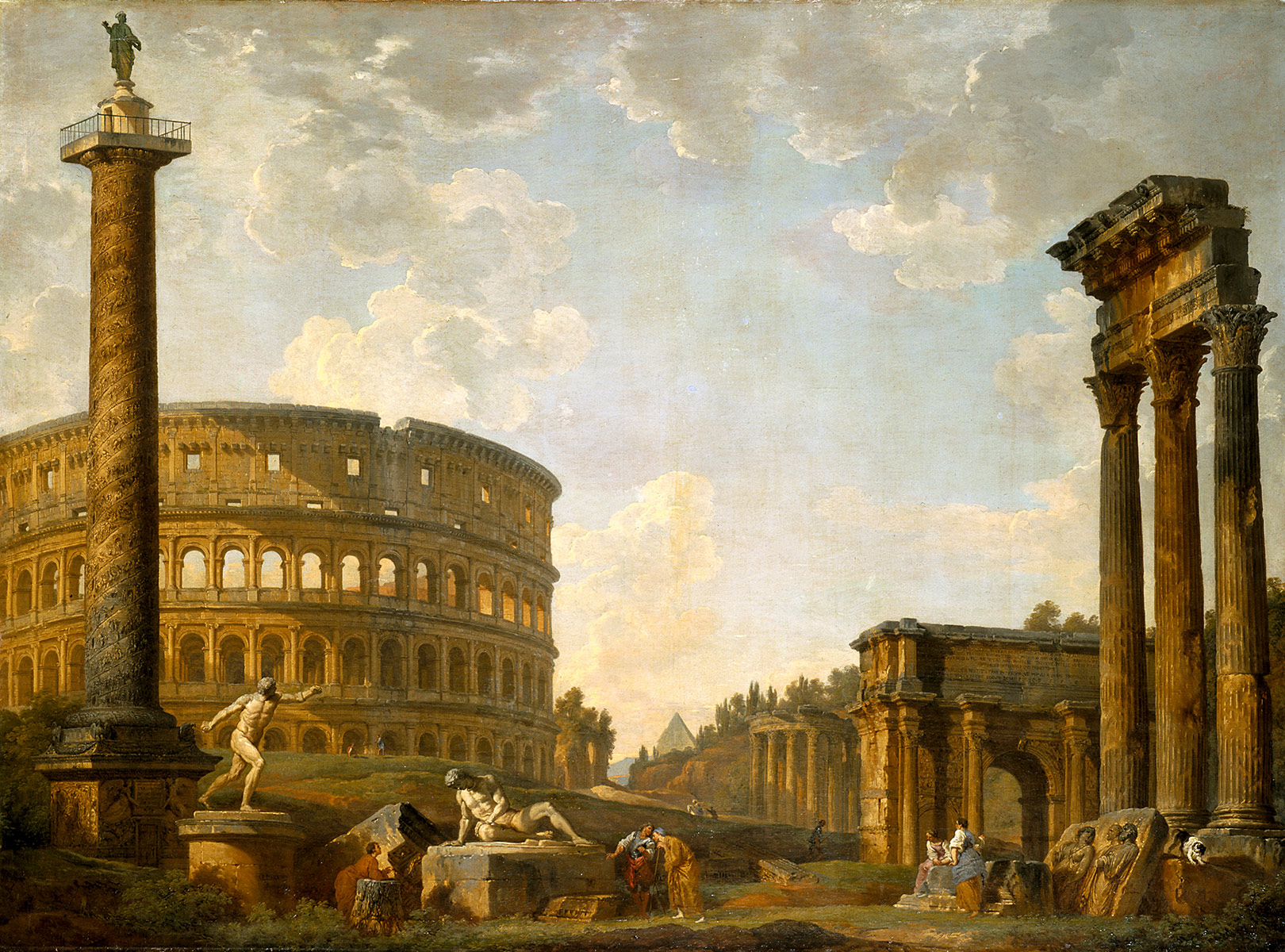 Along with the Roman heritage, La Fábrica in Barcelona has appeared a traceable source of inspiration in the sketches. The monumental concrete buildings of a former plant were reconstructed by the Catalan architect Ricardo Bofill.

Classical architectural elements elegantly implemented in the monumental framing of industrial buildings have granted them with dynamics and lightness. This sense of reinvention, something new based on aeonian, became the reference for the Roma collection.

The ROMA collection lookbook is our modern take on the “Roman Holiday”, a 1953 American film starring Audrey Hepburn. 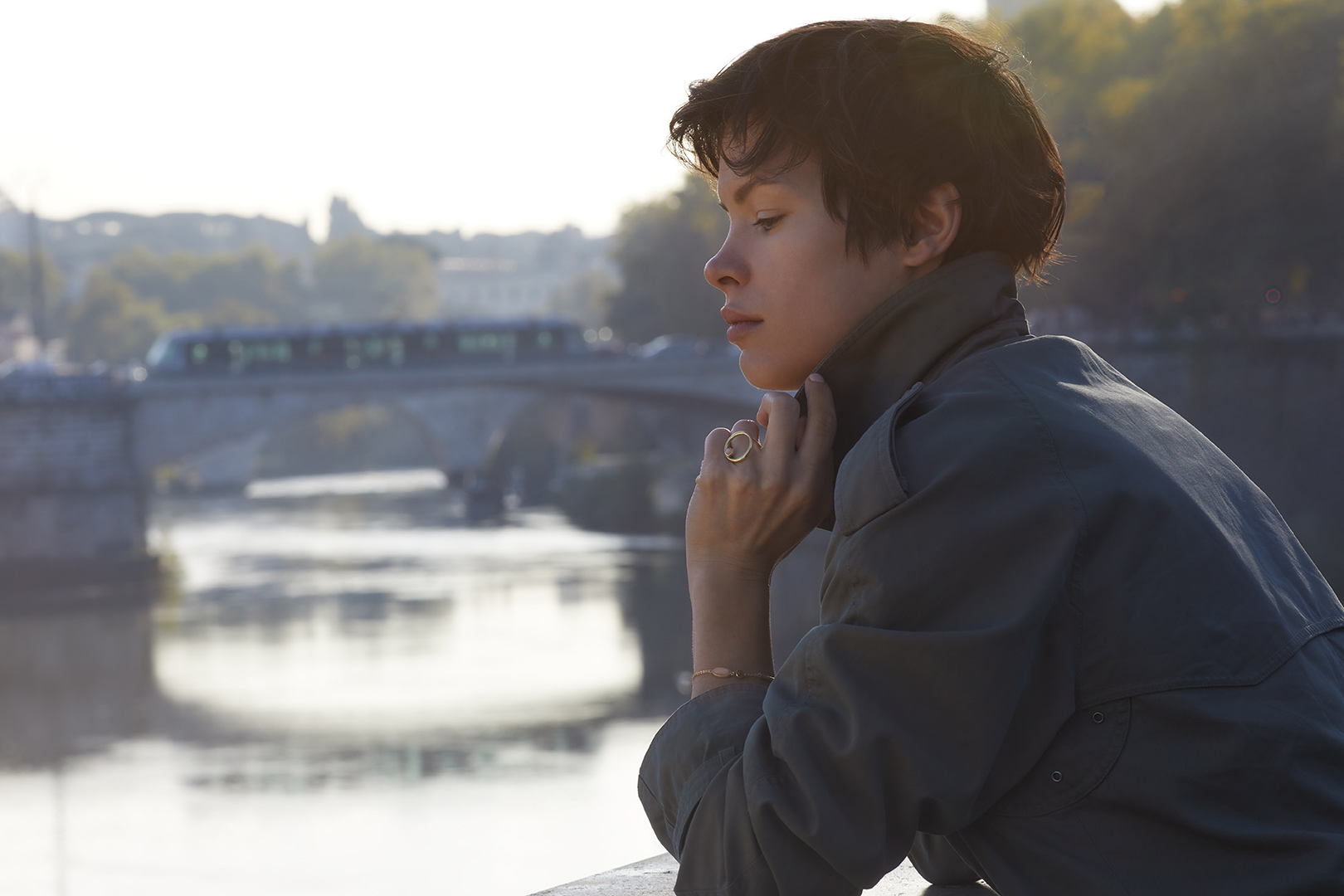 “We explore the new role of a woman in today’s world and the responsibilities she has to shoulder. The constant busyness becomes the synonym of almost any woman’s life in the modern society, and our heroine is no exception.” 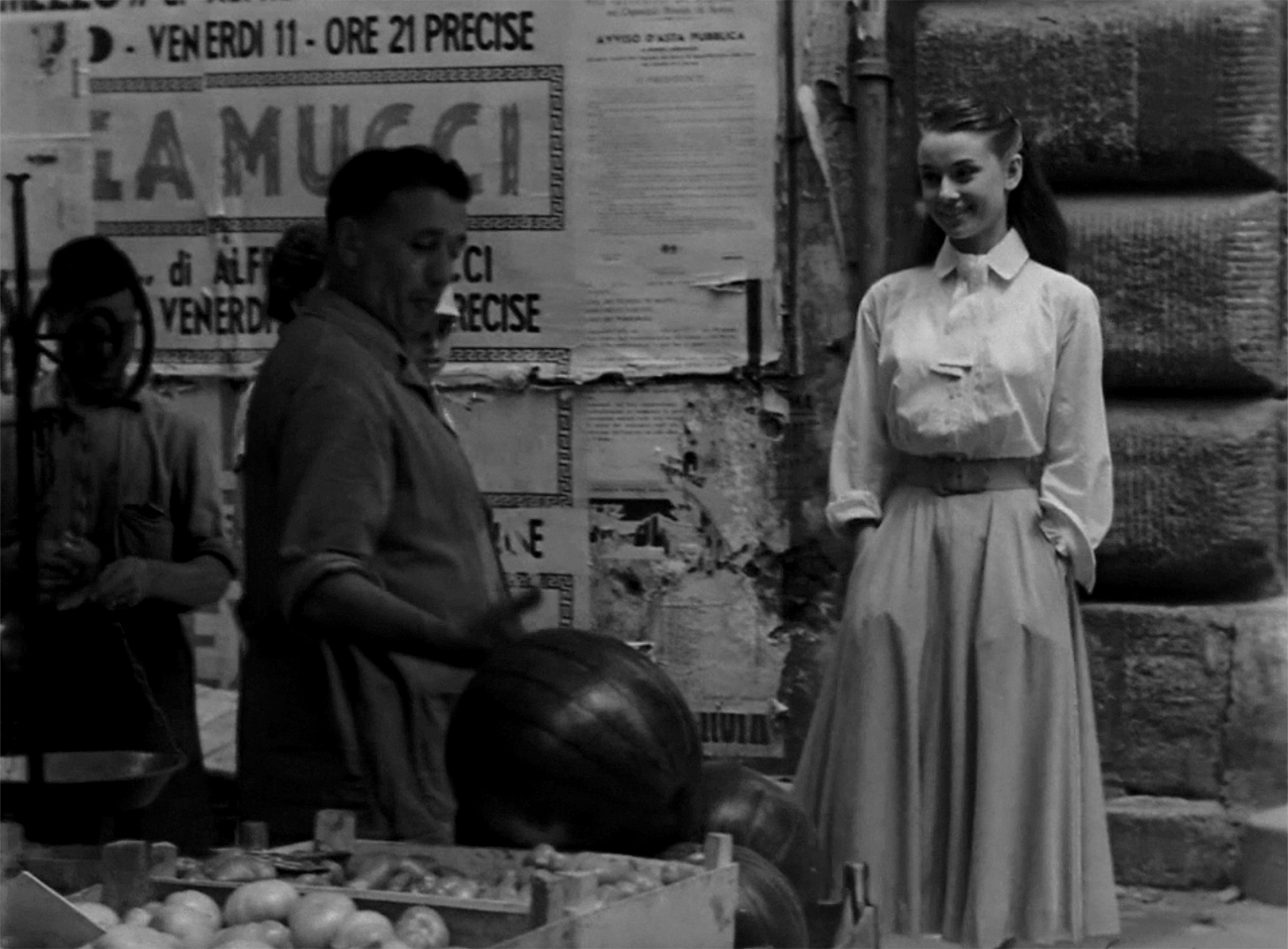 Just like in the movie it all starts with everyday fatigue, which is followed by a rebellion: the vibe and the eternal architecture of Rome, where she happens to be, persuade her to cancel the tasks and stop the ride. 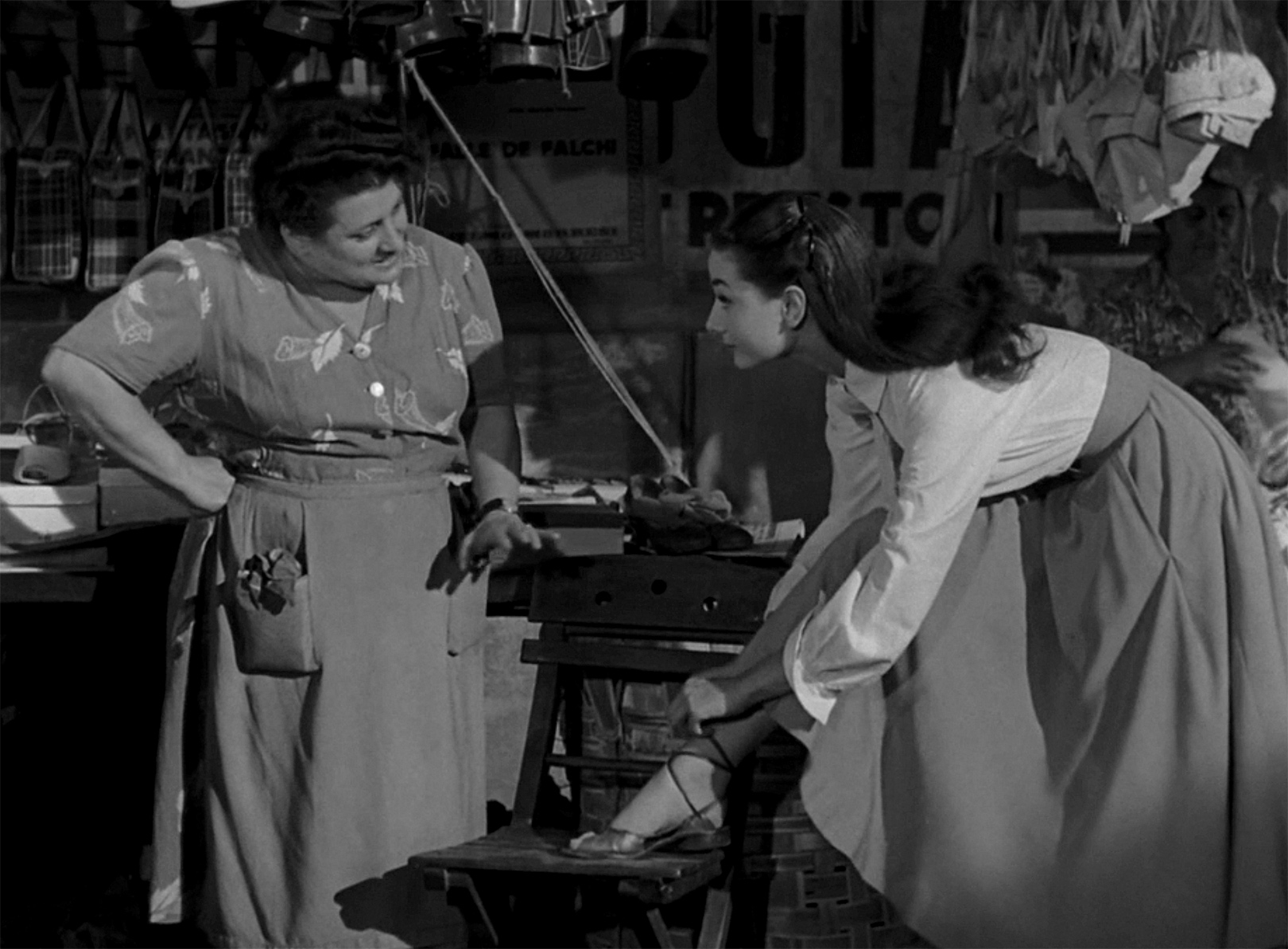 Spontaneous shopping at the local market is followed by a glass of sparkling with a view of the Pantheon. At this point we spot the difference between the modern scenario and the original one. The world can no longer dictate the necessity for a male lead in life. She is in a happy relationship with the city and herself. 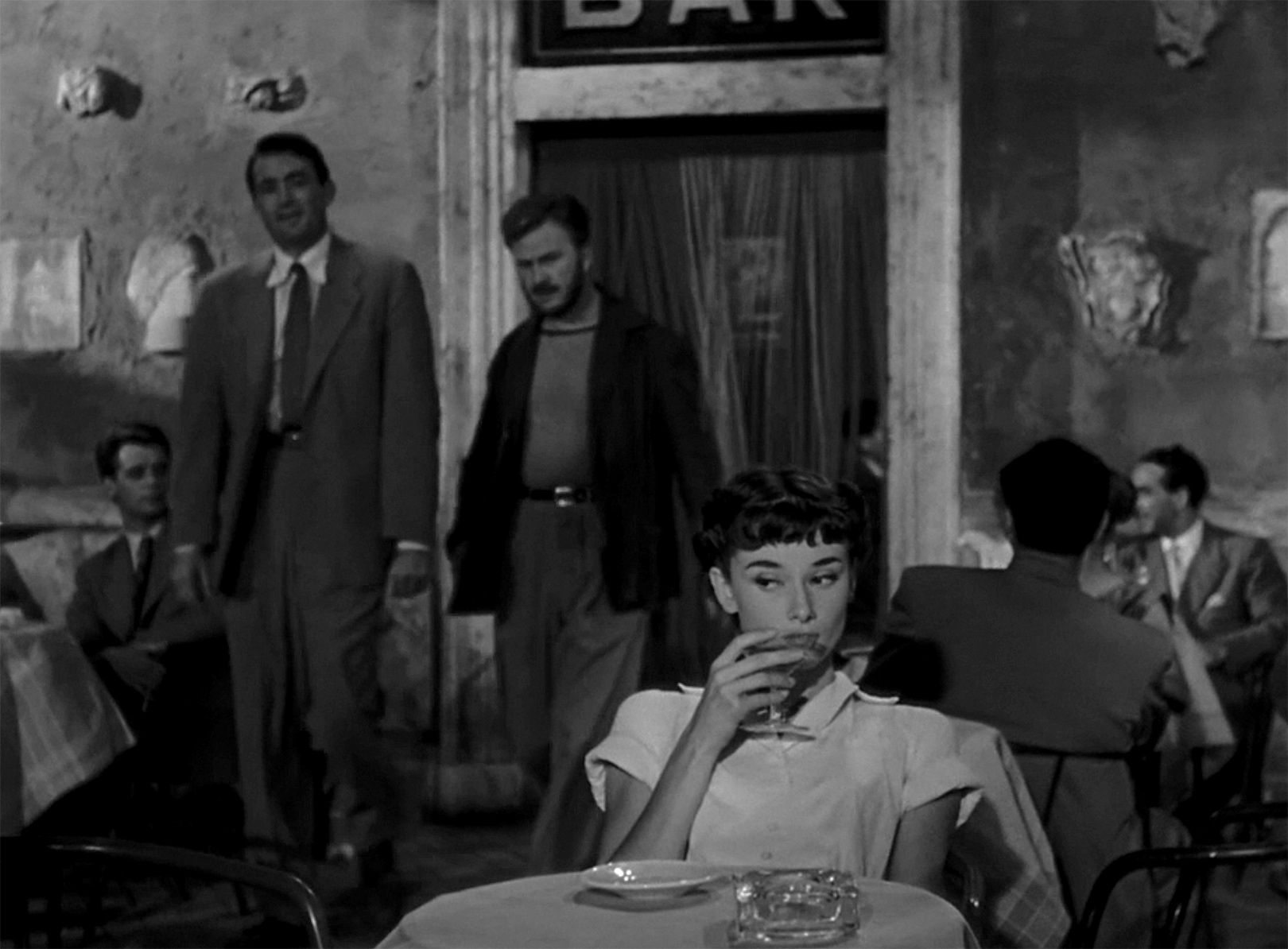 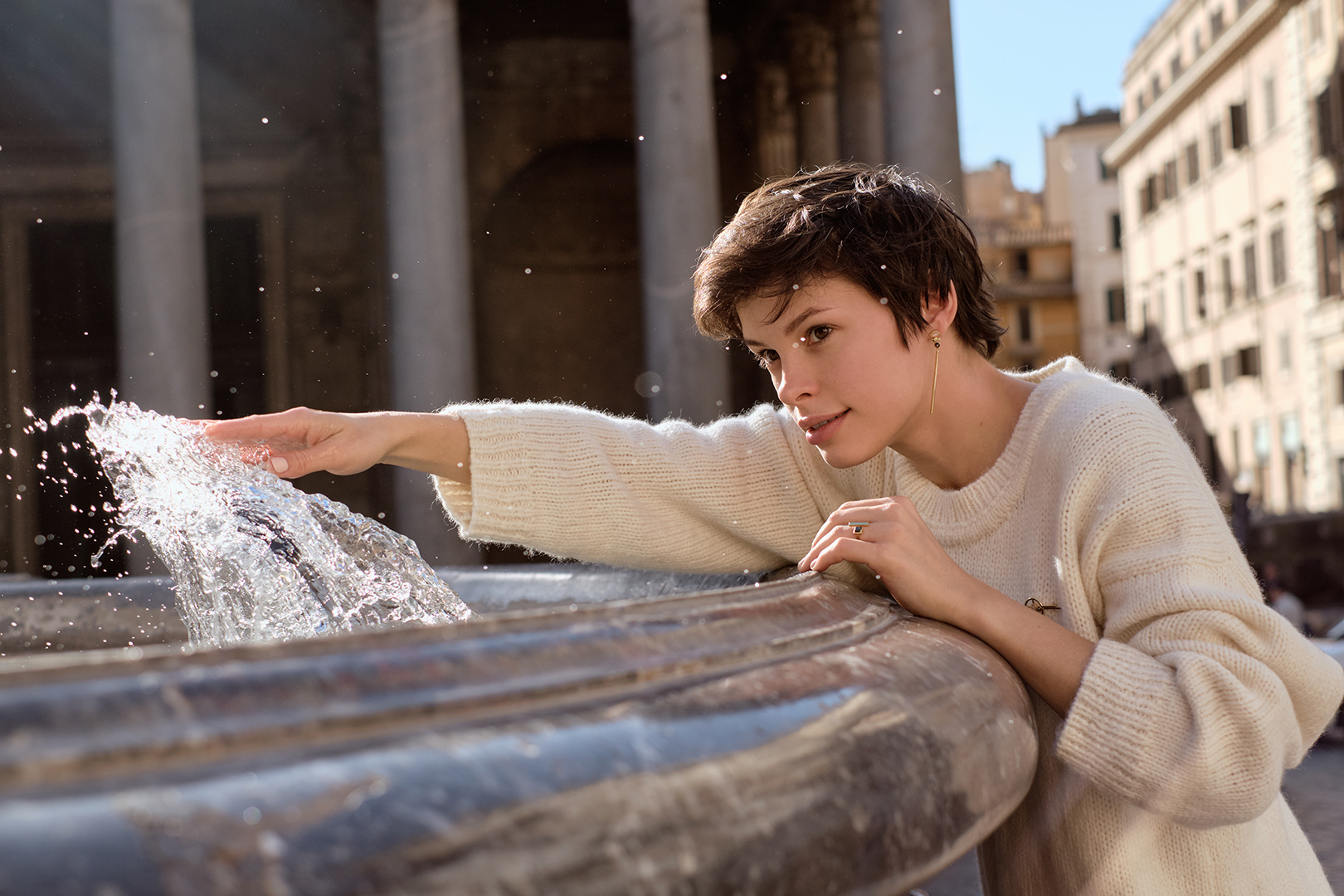 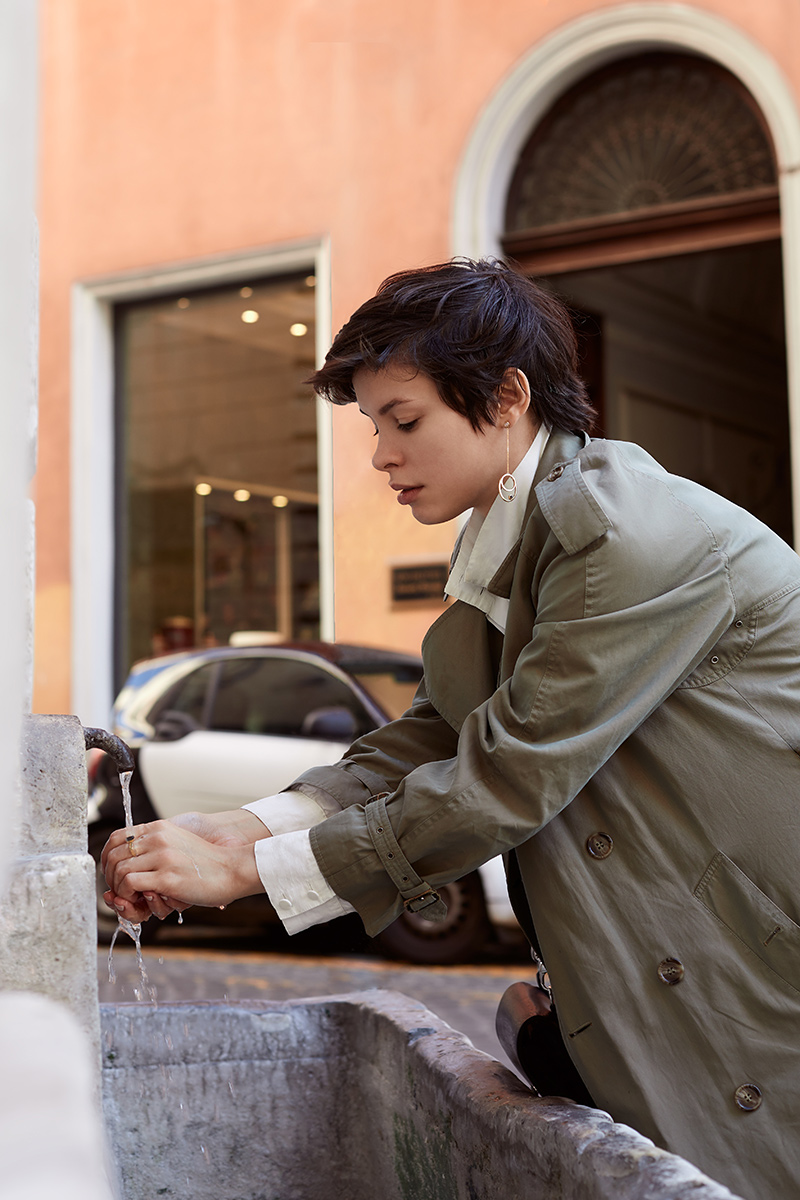 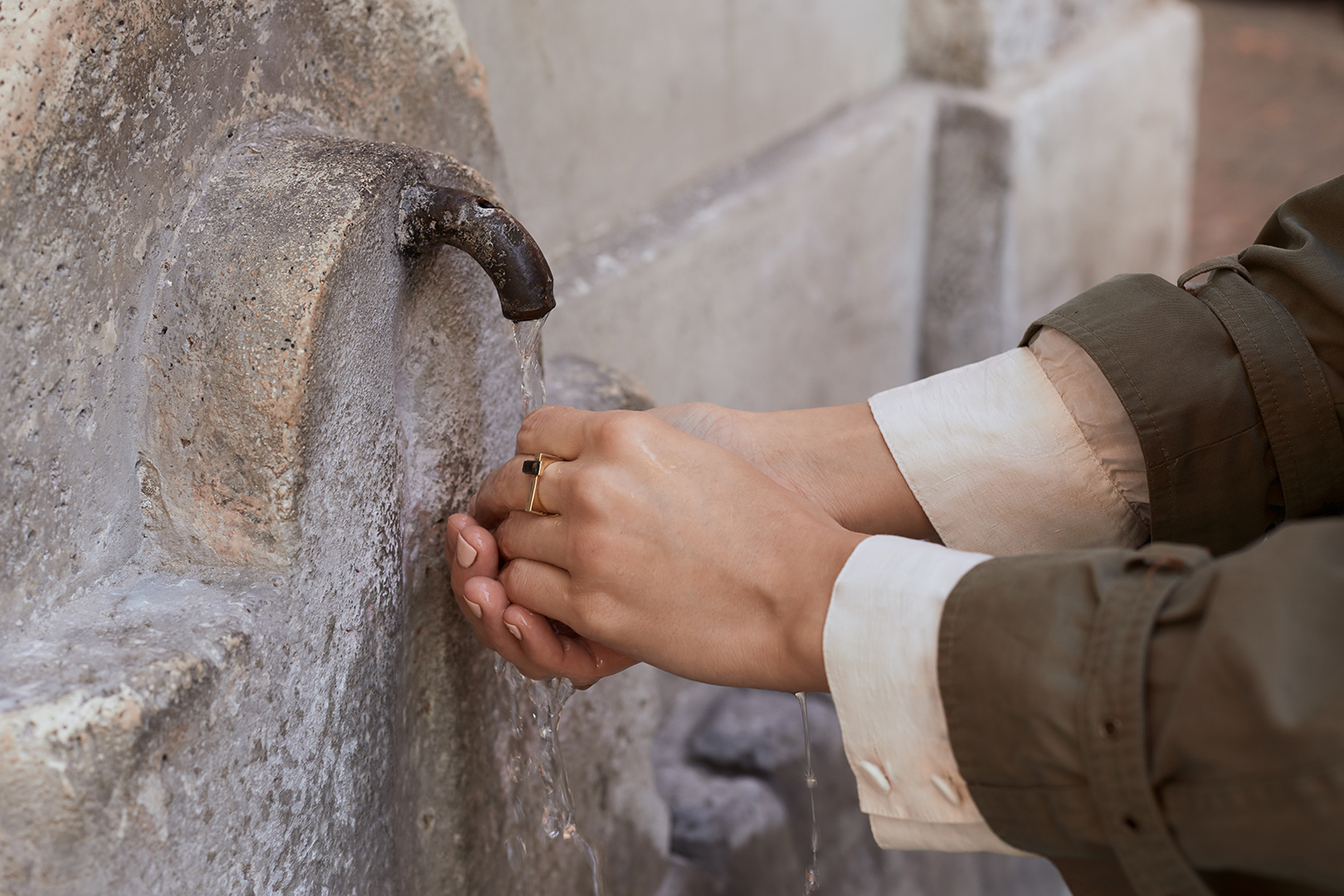 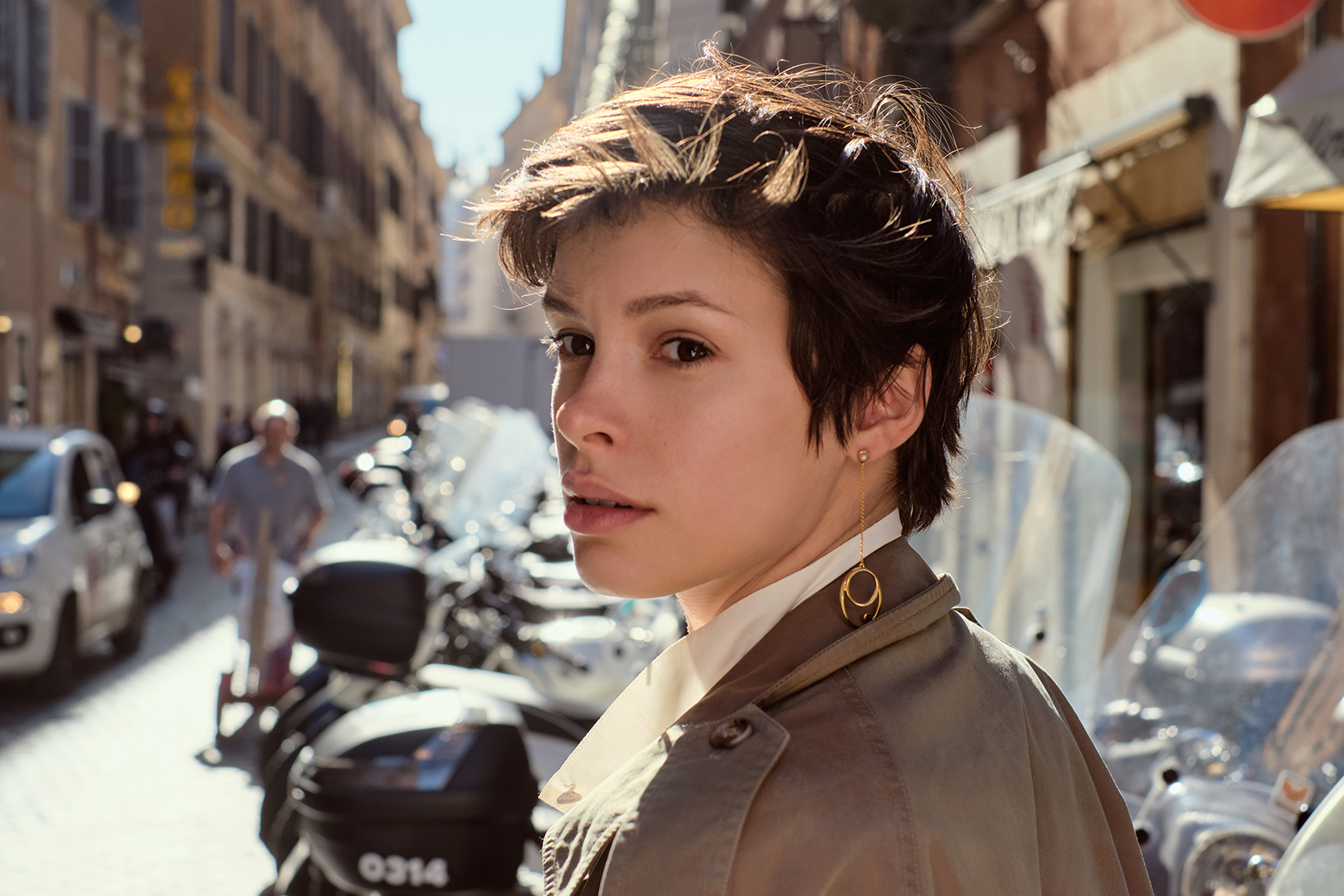 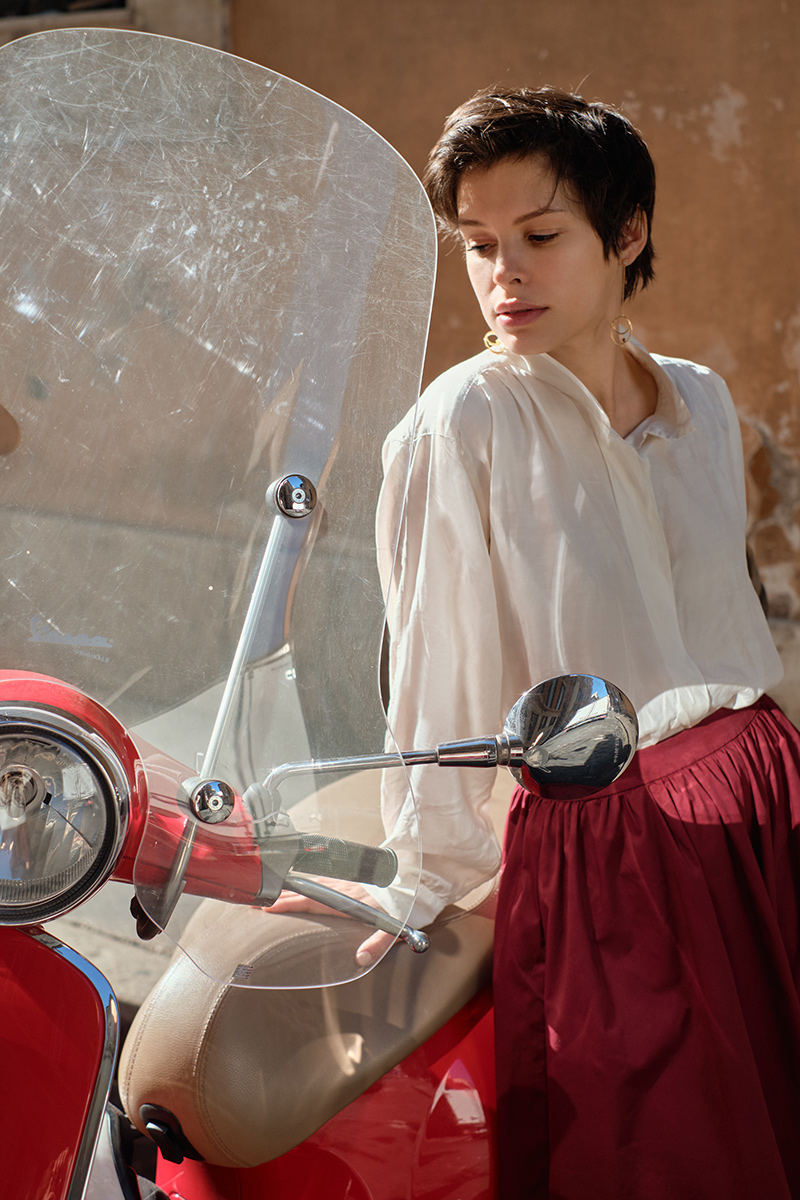 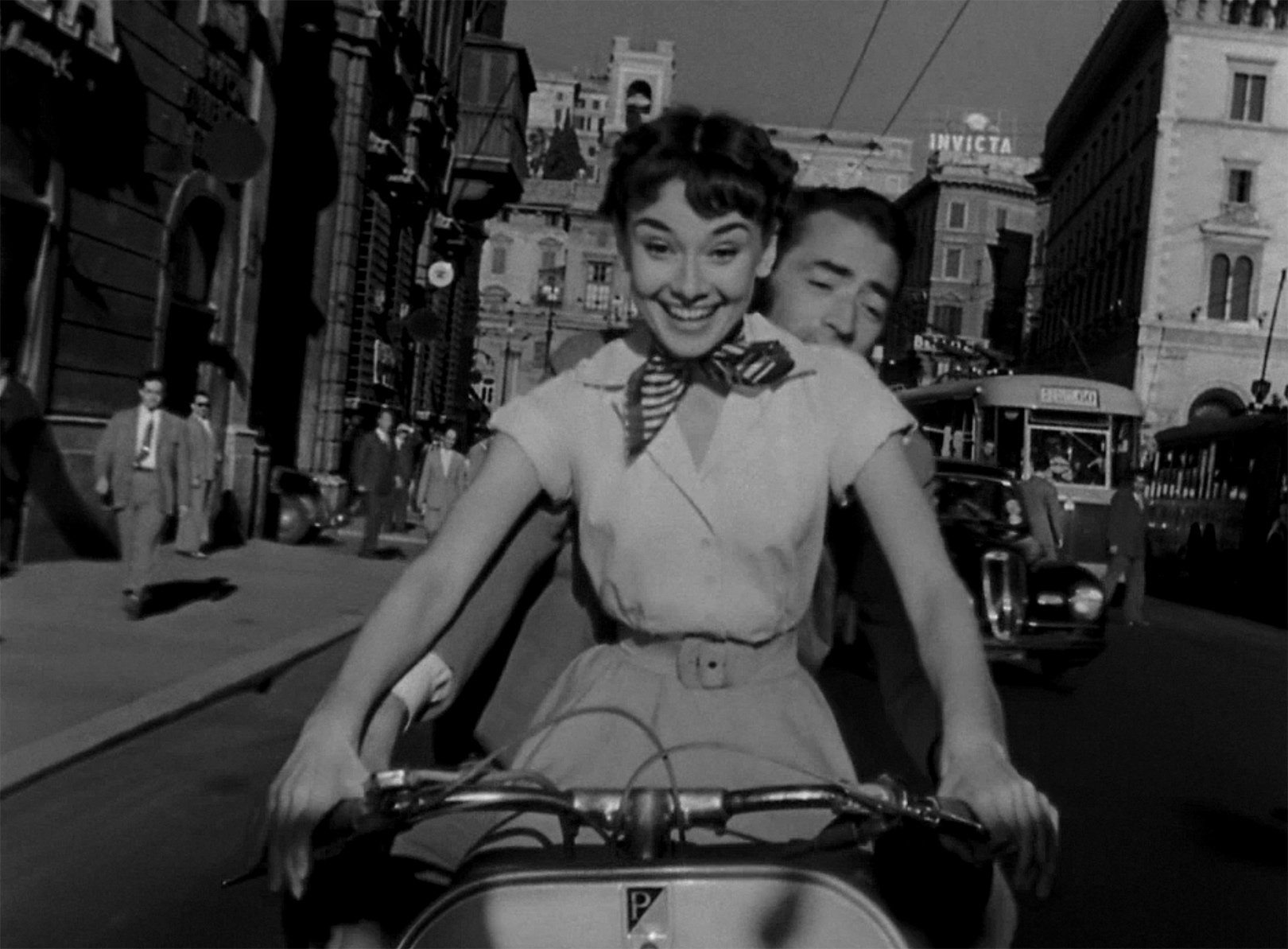 A spontaneous Vespa ride, a stroll along Via Margutta, a glance in the mirror and a new haircut becoming the highlight of her private transformation. 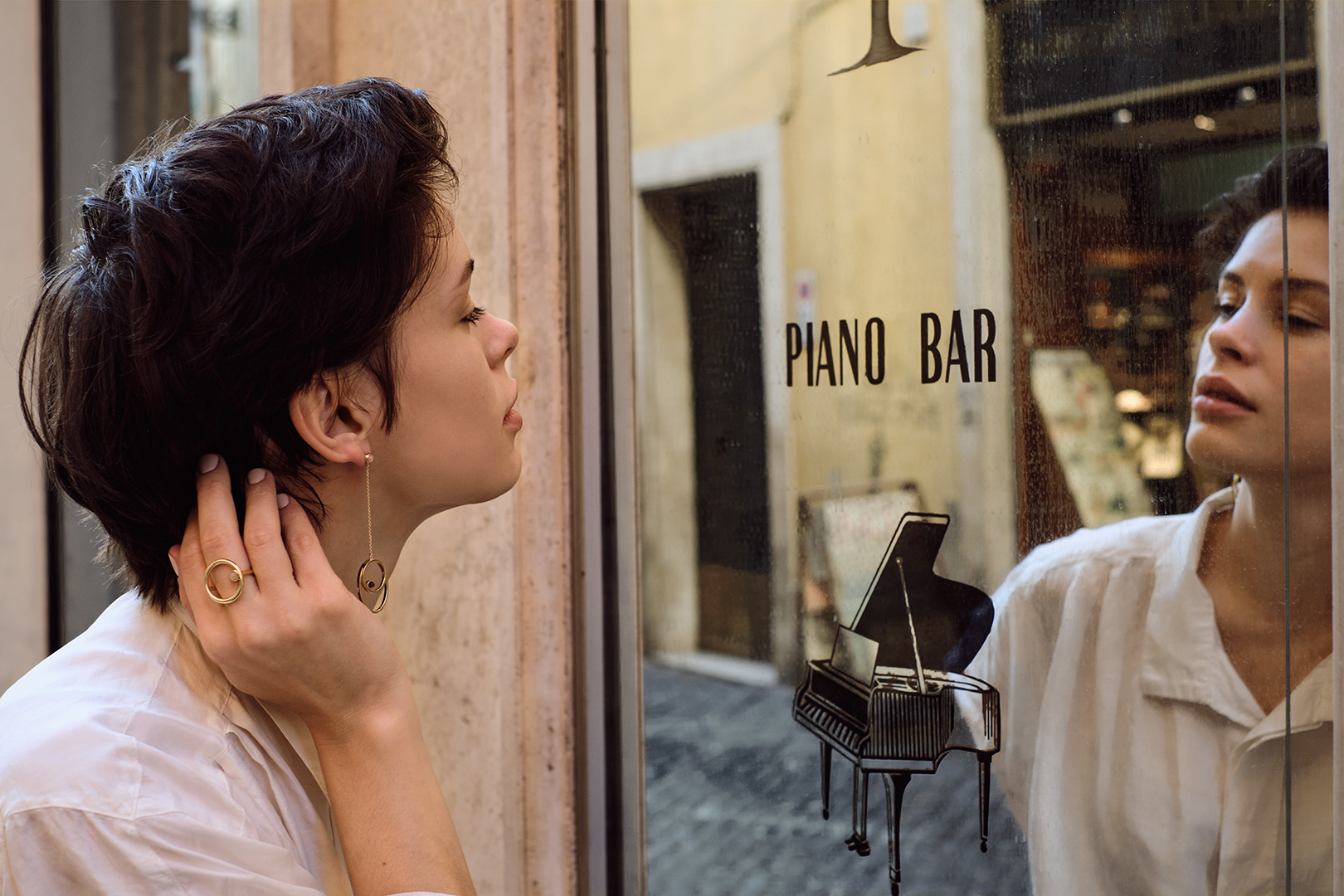 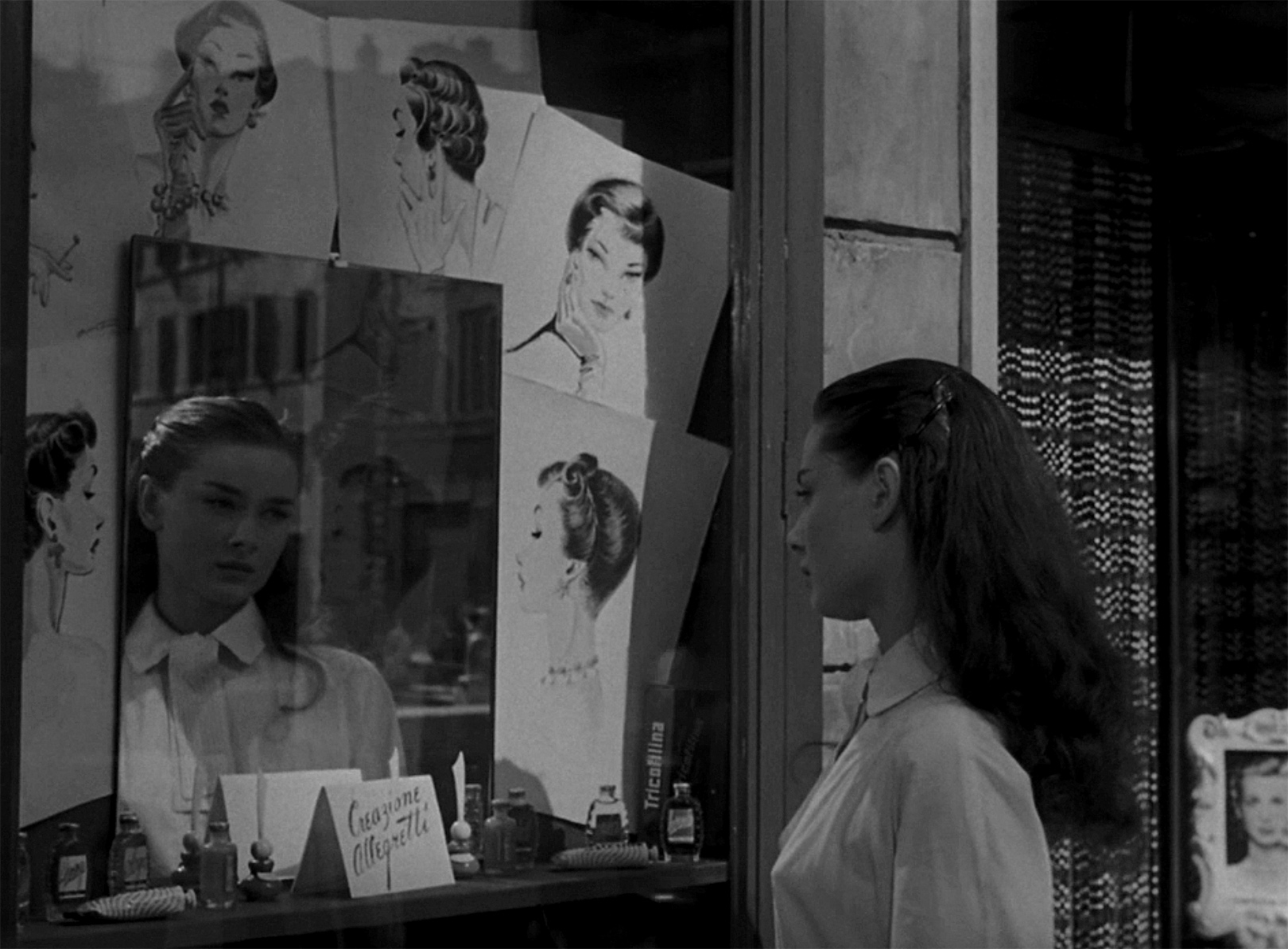 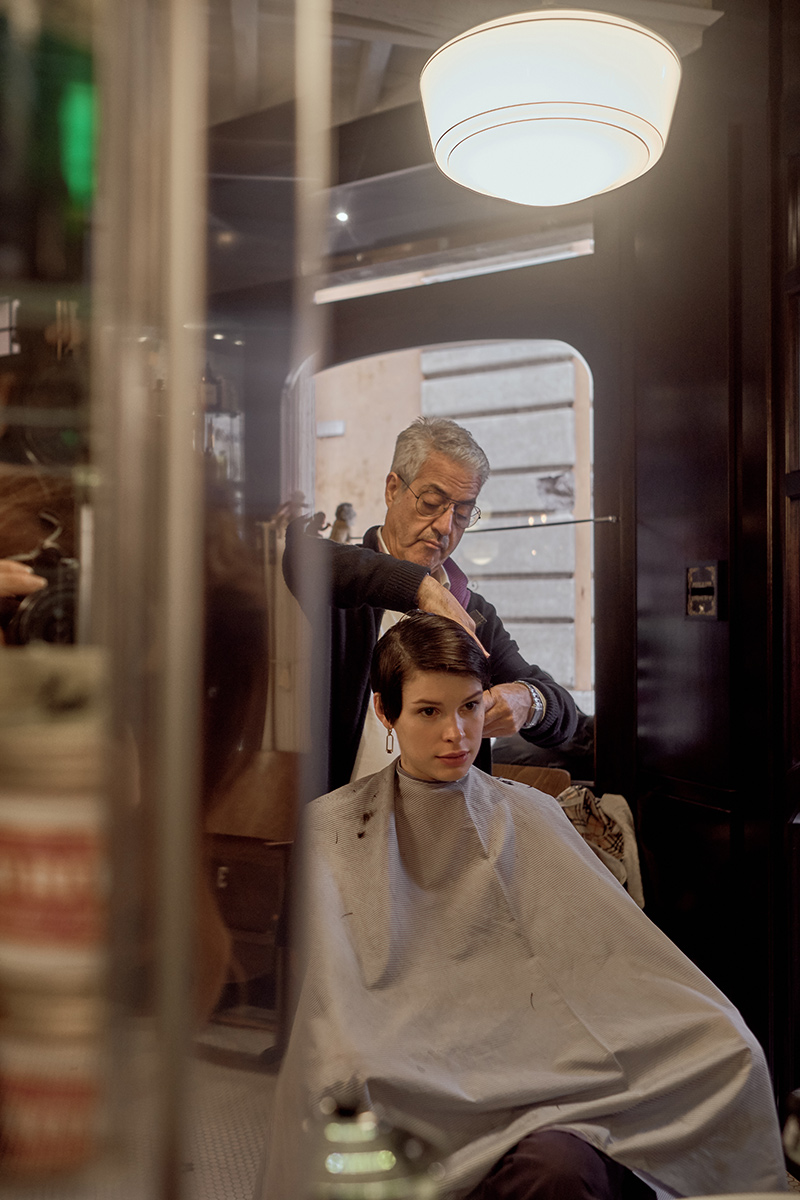 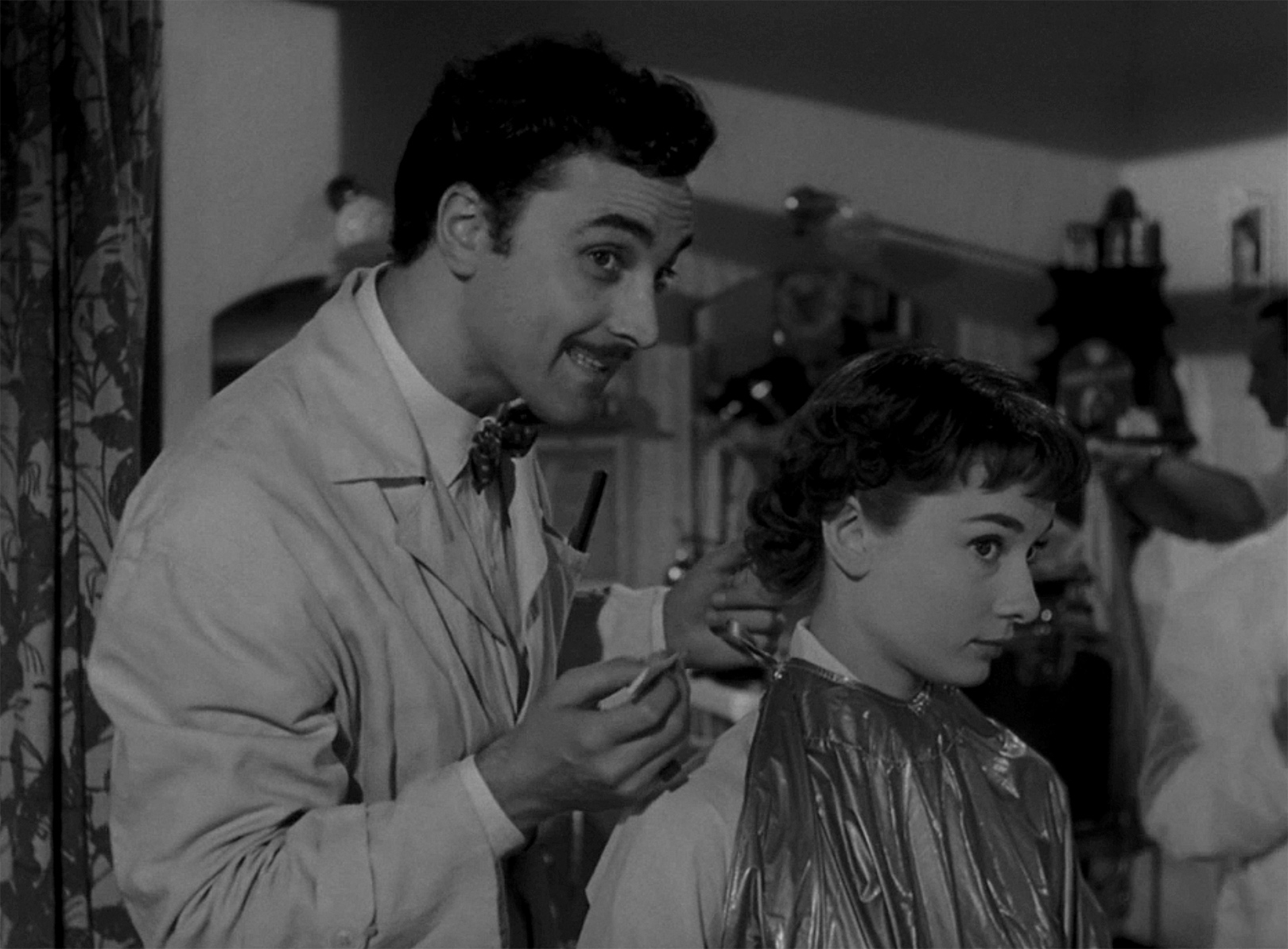 Just like Hepburn’s character in the final shots of the movie she is back to familiar setting, but she is now refined, confident and ahead of the game. 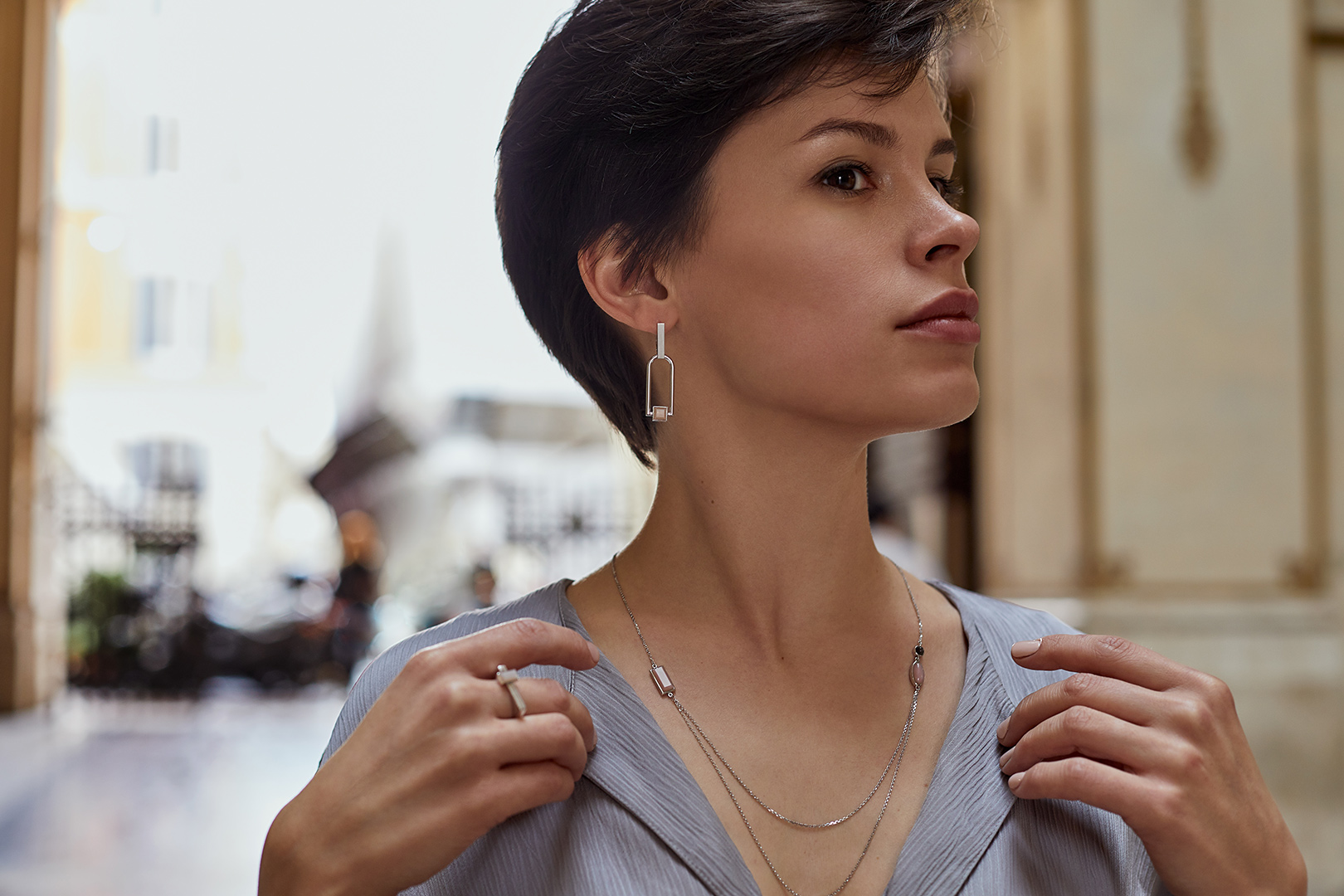 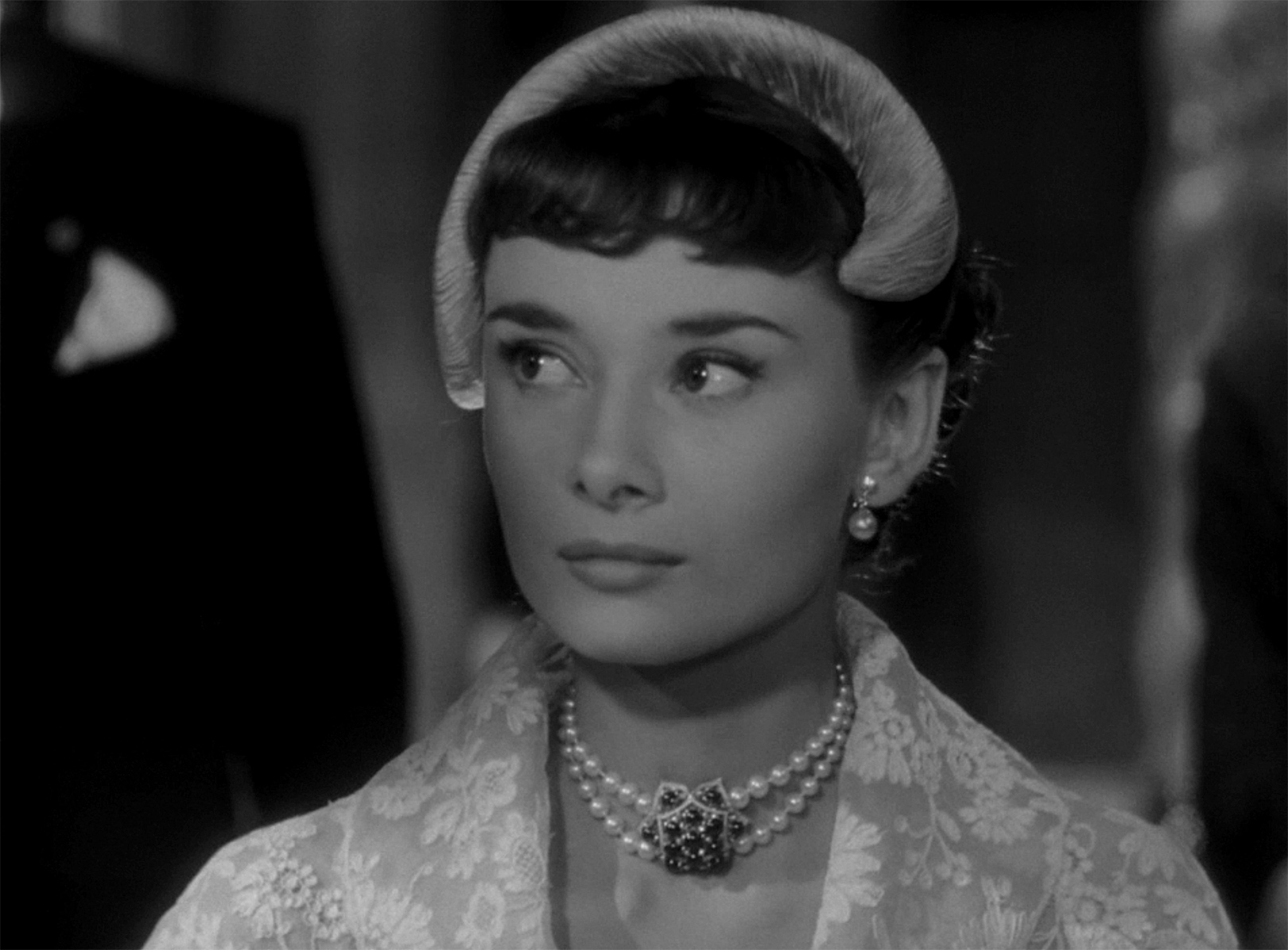 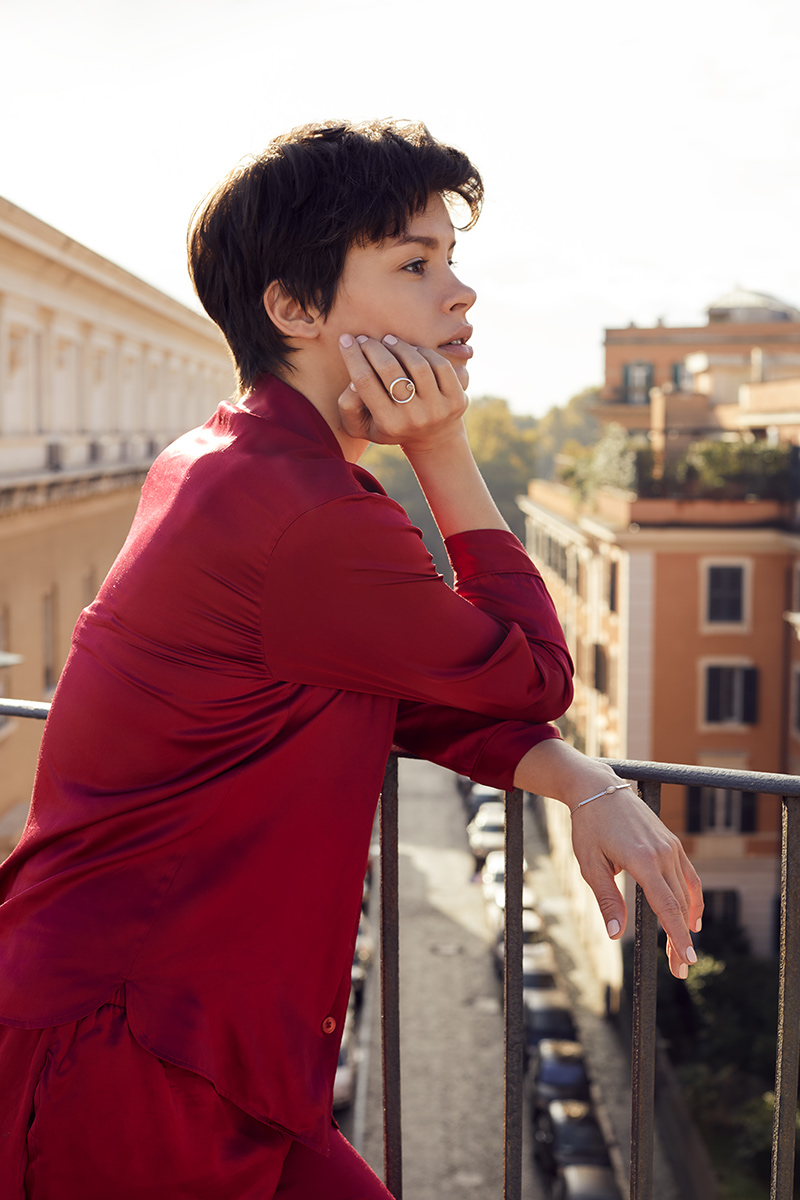 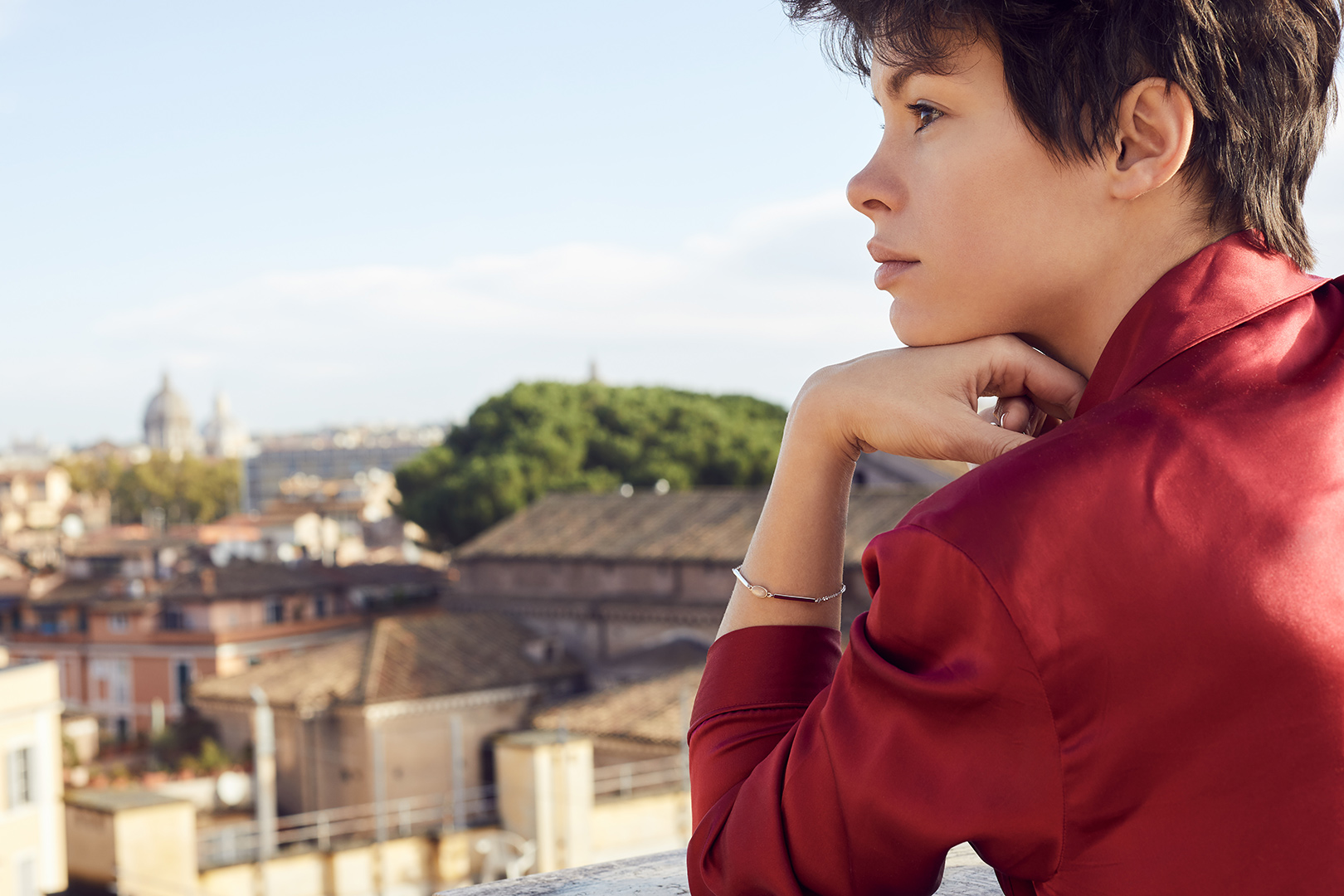 This story was shot by Leta’s Katya Alagich and also by a big friend of ours, Anna Marchenko.